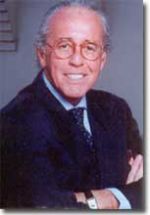 Maria Polk and I gave our first Internet Conference in London, England – November 1994 and purchased the URL, tours.com & sightseeing.com, in March 1994.  We have over 3 decades of tour and travel industry experience.

We had many ideas of how best to use this URL. We were very enthusiastic about the Internet and resolved to learn all about it. It seemed so logical and we found all the support and expertise that we would need right next door at Silicon Valley. We found that the tour and travel industry, however, did not embrace this new technology and in fact was hostile, perceiving it as a threat. The vast majority of tour operators and wholesalers around the globe were not on line and in fact only started putting their information on line in 2000 and 2001

In 1995 two themes dominated our thinking: The first was that the worldwide web is a great information tool, which is what Tim Berners-Lee had in mind when he invented it.  And the second, access to vacation information was extremely limited. Only those companies that advertised, mailed brochures and captured the public or retail agents attention got the business. That’s when the Worldwide Directory of Tours & Vacations was born. The print medium is inadequate to do the job. Only the new electronic medium is capable. Now, tours.com provides a single digital source for information on vacations of any kind, to almost anywhere. Timely, in-depth, instantly available worldwide 24 hours a day, 7 days a week.

Founded in 1995 – Our mission continues to stay on course, that is, to promote tourism products and services to the travel professionals and traveling public. Through our newsletters, Travel-Intel and VR Tourism News, we reach over 140,000 travel professionals worldwide.

Since tourism is the primary income ‎source for most countries worldwide, our vision is to expand the awareness of travel products and services utilizing existing and new technology for all countries globally. (Excluding, Syria and North Korea due to US Government Regulations – OFAC)

After the Bubble Burst.

You can’t say you’re a dot.com you must have a “traditional brick and mortar company

2002   Social networking hit really its stride with the launch of Friendster.

2007 The mortgage melt down has developed into the worst housing crisis since the Great Depression, according to the latest report from Housing Predictor. Hundreds of thousands of conventional mortgage borrowers are being foreclosed.

2007 to 2009 Stock Market Downturn – Afraid of another Great Recession

Jul 2, 2013 – The internet entrepreneur who founded Bebo paid $1m (£660,000) to buy back the social networking site five years after selling it to AOL

Social Medial is all the craze but no one can figure out how to make money from it.

2009 – US financial debt – at an unimaginable scary high

April 15, 2010   All flights in and out of the UK and several other European countries have been suspended due to ash from volcanic eruption in Iceland.

Information overload is at a maximum.  Keeping up with the alphabet soup of Internet services, products and companies that claim to be experts in providing those detracts from business goal of actually making money.

2013 Frommer’s Travel Guides Google will pay about $23 million for the brand, according to a person close to the deal who was not authorized to speak publicly about the terms.

2013 Google changed algorithms again, Hummingbird & Penguin causing problems with t.c. Google Ranking and our potential advertising revenue (the first time the Google made major algorithm changes caused us to do a complete re-design of tours.com. many then small internet entities did not survive the changes needed to be made)

2014 – Global economy as well as US economy still troublesome however people have adjusted to downsizing.  Downsizing –   the new buzz word for the past few years and new words like not leaving a carbon footprint.

2014 – March – Ebola outbreak in West Africa was first reported. Up to 4 November, 4,960 people had been reported as having died from the disease in five countries; Liberia, Guinea, Sierra Leone, Nigeria and the United States. A further death has been reported in Mali. The total number of reported cases is in excess of 13,000. Travel Safaris to Africa is at a stand-still

The blockchain is seen as the main technological innovation of Bitcoin, since it stands as proof of all the transactions on the network. A block is the ‘current’ part of a blockchain which records some or all of the recent transactions, and once completed goes into the blockchain as permanent database.  The most widely known application of a block chain is the public ledger of transactions for cryptocurrencies used in bitcoin. This record is enforced cryptographically and hosted on machines running the software. The technology forms the basis of some cryptocurrencies, including bitcoin, Ethereum and Dogecoin.

In the eyes of a disruptor, no one company is so essential that it can’t be replaced and no … How Upstarts are Disrupting Industries — Just Like Their Archetypes

2016 May– Tours.com launches VRTourismNews.com  The 1st VR  Exclusively to the Travel Industry

We are staying on course, strengthening our brands.  Launched VR Travel and VR Tourism News –  continue to make changes to stay current and always increasing our database now in VR, AR and 360.